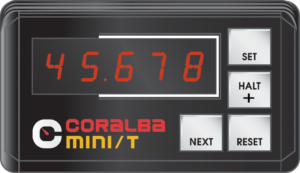 According to the EN1436 standard, the skid resistance of road markings must be measured and follow certain class levels. This has become a big problem due to the dangers and weaknesses of the SRT Pendelum, but with the new revision of EN1436 it is possible to measure skid resistance with more modern equipment like the Coralba PFT.

The Coralba PFT has been developed by VTI (the Swedish National Road and Transport Research Institute) specifically for measuring skid resistance on road markings. It has been developed over a long period of time through field work and it has been validated in numerous research projects.

The Coralba PFT has a number of advantages, which facilitate the implementation of the
EN 1436 demands in the field:

• The safety of the operator is higher as he is measuring standing
up and is exposed to the traffic during much shorter time.

• It measures continuously at walking speed which makes it possible
to gather measurements over a long distance in a short time.

• The time needed for set-up, measuring and exiting the area is very short,
which improves the safety of field operators as well as reducing traffic problems.

• The equipment has very high repeatability and is not operator dependent.

• The PFT gathers measurements every 0.1 meter and logs them in memory.
The data can be transferred to a computer for reporting and analysing.

• The PFT can be used for measuring any type of road marking, even profiled road marking.

• The PFT bears the Coralba signum of robustness, accuracy
and versatility and is easy to operate and calibrate in the field.

The Coralba Trip/3 is the real professional work horse. It contains the same basic functions as a Coralba Trip. It also includes a lot of more sophisticated aid for the highway engineer. The three displays can be set independently of each other to show the selected functions. Two user defined remote controls may be connected. Even though the possibilities with Coralba Trip/3 are very comprehensive it is just as easy to use as a Coralba Trip.

The Coralba µ instrument has the same basic functions as the Coralba Trip as well as the features required to calculate the friction coefficient. Measuring friction is normally a time consuming and difficult task using very expensive equipment, but with the Coralba µ it can be accurately measured in a simple and safe way.

The Coralba µ/3 contains the same functions as a Coralba Trip/3. It is specially designed for winter road maintenance where the friction coefficient is displayed at the same time as other values. One possible use is to display distance, friction and temperature, which would give all the relevant information at the same time.